When I was a little girl I loved nothing more than to lie on my cot beside the tiny attic window and look out into the night sky. I didn’t imagine what was out there I knew that the heavens were filled with heavenly bodies and if I listened real close I would hear what secrets they had to tell. It was safe there in that attic room. I read once that if you want to live an exciting life then you will spend half of it terrified. I have learned how really true that is.

It doesn’t take much to terrify us –of course, we are creatures of habit. Once we begin to expand our boundaries further out into our own personal galaxy we often are terrified. For many the very thought of change is terrifying in itself. But change is a part of life. Recently I had been through some difficulties and when I asked someone in a similar situation how they were doing she answered me by saying after watching you I decided to lay low and keep my head down. We can do that. We can lay low, keep our head down and try to avoid those places that terrify us or we can face them squarely and realize that if we move into the place of terror we will find that it is a mere shadow and the more light we bring to it lessens its power to terrify us. 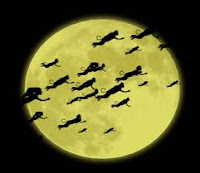 I remember a time I was terrified but I don’t remember if it was the first time or not; but, it could very well have been.  My grandmother took me to see the Wizard of Oz. We rode the bus into the city and stood in line at the movie theater. I was very excited to be in the city with my grandmother and a trip to the movies  It was a treat which she and I did sometimes. I was very very young and had such a vivid imagination. Inside the theater I felt very small sitting in that huge seat and the theater was so dark. Perhaps it was the huge screen that made the movie seem so real. And, then there was that little girl with her dog, Toto, calling for her Auntie Em.