Events that Change Us

It’s so interesting how an event can haunt us throughout our lives.  It’s like it sits there in the background of our minds always waiting to trigger us back.  Some events change us in ways that we do even consciously realize we have been changed.  I realized now that I was changed by an event in 1977.  It was in 1977 that I barely escaped being abducted.  Then the other day I turned on Netflix and watched The Ted Bundy Tapes documentary.  And, I saw him and though I will never know for sure if it was Ted Bundy, I will never forget the face of the man who approached me that day.

It was maybe late August or September of 1977.  I had finished work and was headed home.  I was an outreach worker for Family Planning and I spent most days in my car, driving throughout Rockingham County.  I attended the well child clinics and made home visits to new moms and at risk families, all referred to me by the Visiting Nurses.    I drove a Land Cruiser Wagon and on this day I was stopped at a stop light just outside of Exeter.  It was around 3:30 and for being a rural area, there was steady traffic through the three way intersection.  I imagine people were just getting out of work.  As I sat there waiting for the light to change, I glanced in the rear view mirror to see a man open his car door and jump out.  He ran up to my driver door and knocked on the window and I rolled it down.  He was a handsome man, sort of Italian looking, nicely dressed with short wavy churlish brown hair.  He said, “There’s something hanging from under your car, if you follow me over there, I will see if I can tie it up for you.”  He pointed off to the right.  I nodded and he ran back to his car.

I hadn’t had any problems with the car so I couldn’t understand what it could be. On the right across from the stop light, was a small hill and to right of the hill was a road that curved and went behind the hill.  It was a thick wooded area and there were no houses at that time.   In front of this hill was a place where you could pull off and park.  So, when the light changed, I drove over onto the dirt into that pull off area.  Now this is the 70s and I am single mom raising three daughters.  I have an independent spirit, am also a do it yourself sort of person, and just trying the best I can to raise my daughters without help from man or state.   I remember thinking why would a man dressed like that want to get in the dirt under my car. But, he didn’t stop by my car, he drove passed me and turned onto the road that went out of sight into the woods behind the hill.  I thought where he’s going but I didn't follow him.   Instead, leaving my car running, I quickly jumped out and hurried around to the back to see what was hanging down.  There was nothing wrong with my car.

I get into my car and I am spooked.  I’m thinking there is nothing wrong with my car.  I see the man running out from behind the hill towards my car.  It’s like I wasn’t in my body.  I was very calm but immediately without any thought process, I locked my car doors and start rolling up the window.  He came up close to the driver side window which was now down about 2 inches as I was rolling it up.  I can see he is muddled and he says, “Why didn’t you follow me?” At the same time I am saying there is nothing wrong with my car, he’s not listening.  He talks over me and he’s not nice. He appears frustrated.  He can’t open my door or do anything as there are cars passing close by.  I can tell by his face he’s mad and he says, “This is your lucky day—you better go home to your husband and stay there.” With that he turned and ran back around the hill.

I sat there with the windows rolled up tight and the car doors locked.  I was confused and overwhelmed as to what just happened when I heard his tires squeal as he drove out between traffic and was gone.  I didn’t dare to go right home so I went to the office.  They wanted me to call the police but I didn’t know what I would say.  I was too overwhelmed and couldn’t have given them information about his car. He had sped out into traffic to quickly to even see the license plate.

When I recently watched the Netflix documentary and realized Bundy was on the run at that time, he has relatives in Vermont and he certainly would have been bold enough to have pulled that off.  I will never forget that face. I can still see his face, the shirt, the stop light, the dirt pull-off to right right, the hill, the road, even the back of my car; but, I can’t describe his car except to say it was a nice sporty type.    To this day I am still horrified to think what would have happened if I had not reacted like I did.  I must have been guided to act because I don’t even remember thinking anything I just locked the doors and rolled up the window. 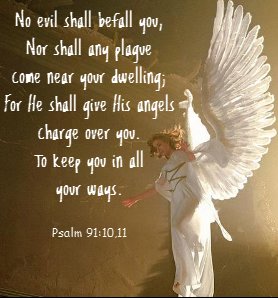 This event has haunted me for years.  I get panicked when I think of it.   My babies waiting for me to come home.  I shudder to think what would have become of them.  I haven’t told anyone that I wonder if it was Ted Bundy. Who would believe me?  In fact, other than telling my daughters as they grew up, I have not spoken about this before.  I quit my job shortly thereafter.  It didn’t feel safe driving the back roads anymore and back then we didn’t even have cell phones.   I found a job in a small town and we moved there so I could work close to home.  I am so grateful that I had a guardian angel—for there is no other explanation—I  was definitely guided to react as I did.

Since I watched the Netflix documentary, I have realized how much that event diminished me.  I have become aware of doing things that don’t make sense and I do them without giving them a second thought.  For example, when I am going out, depending upon where I am going, I will spend time debating what shoes to where and I wonder if I might have to run.  And, if I feel like I might have to run I will wear sneakers and not heels.  I also think of things that could happen and try to prepared for any event.  At night before I go to bed, I make sure all the knives are hidden away.

I have had a couple of other incidences that were unsettling.  One incident in the Peace Corps and another years ago while grocery shopping.   Is there something about some women who draw this attention?  It didn’t stop me from bravely living my life but if I start drawing attention to myself, any attention that might advance my professional life even, I sabotage myself.  It’s as if I don’t want to be seen.   No, I really don’t want to be seen. I’m not trusting and am always suspicious of others.  It was cathartic to write this and still difficult to put it here.  I actually thought I would write it as a short story but then it wouldn't be authentic. First I have to own it. This really happened and it happened to me and it changed me.

Now that my daughters and granddaughters are out and about living their lives I’m having anxiety and a panicky need to know they are always safe.  It seems that when our children and grandchildren reach the age we were when we were traumatized, we are triggered back to the events in our lives when we were the same age.   Do you believe in guardian angels?  What event in your life has changed you the most?

Posted by Brenda at 2:49 PM No comments: